Our farmsead was established in the early 1900’s by John and Aina Harma who sold it to Toivo and Elda Kalander in 1912. Toivo and Elda Kalander sold it to Valentine Ahlbeck in 1917, who lived here until he died in 1946. The farmstead was abandoned after Valentine Ahlbeck died, and was not reinhabited until 1982 when Tim and Laurie Melby bought the property. Tim and Laurie had 3 children on the property, a son: Kaare, and 2 daughters: Ani and Aemilii. 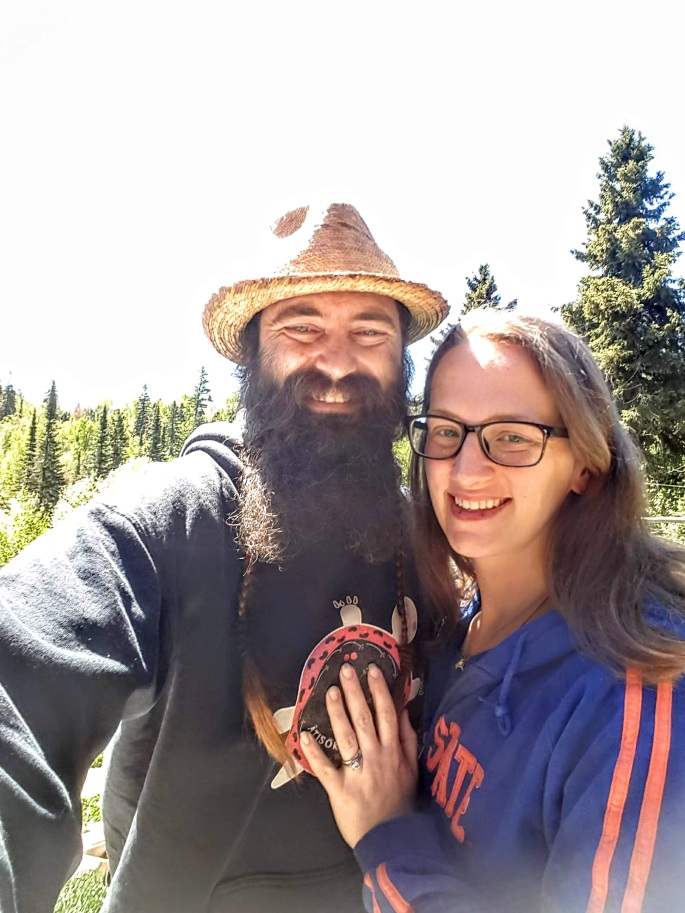 As Finnskogen Farm has been developed, Kaare and Pam have worked hard to incorporate regenerative and permacultre principles in their design. They have focused on building soil health, and transitioning the forests surrounding them into a more resilient mixed broadleaf forest. They have also incorporated many perennial crops and are even working on establishing some hybrid hazelnut trees. With goals of building a resilient and robust local food system, the future of Finnskogen Farm is bright.

By: Kaare Melby 7/13/2015 Fermenting chicken feed is a wonderful way to get the most out of your chicken feed, and keep your chickens healthy. Fermenting grain for chickens makes the feed more digestible, adds important nutrients, gives your chickens (free!) probiotics, and increases the available nutrients in your feed by neutralizing phytic acids. Since … END_OF_DOCUMENT_TOKEN_TO_BE_REPLACED

By: Kaare Melby April 20th, 2015 Winter’s cold embrace has a way of inspiring ingenuity here on Finnskogen farm, and this winter was no exception. On one particularly cold day this February, I was sitting next to the woodstove, day-dreaming about all of the projects that the frozen ground and snow were preventing me from … END_OF_DOCUMENT_TOKEN_TO_BE_REPLACED